No Result
View All Result
Home All Bus

by Pitlush
in All Bus, Blog
0

Bangladesh Road Transport Corporation (BRTC) which is known as BRTC was established in 1961. According to Wikipedia, BRTC was established in the 4th February of 1961. That’s before our independence. That means the BRTC bus service is running from the Pakistani era. BRTC was inaugurated by M.N Huda who was the finance minister of east Pakistan in 1961. And since then, BRTC is running successfully in independent Bangladesh till today.

This number may increase or decrease less. Because sometimes BRTC does not allow some very old and unfit buses to run on the road. And they increase their bus in a regular period of time. 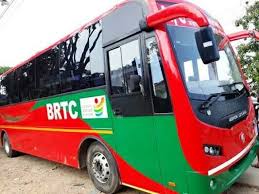 BRTC bus has gone past the border of Bangladesh. For so many years it has opened an international bus service. BRTC connected Bangladesh to India.

And so many people from Bangladesh and India travel easily by BRTC bus. This has begun a new era of International bus service in Bangladesh.

BRTC bus runs in Dhaka to Kolkata route with an international standard luxury bus. If you want to know more about the BRTC international bus service you can contact the Dhaka and Kolkata bus counter of BRTC. the number has been provided in the following.

BRTC Route In The Dhaka City

Sometimes, people need to know the BRTC bus route in Dhaka city. So we have collected the data. BRTC almost covered up the whole of Dhaka city. As we can see in the following, they have so many different routes in the Dhaka city.

BRTC has almost eleven different bus routes in Dhaka city. They run their local buses on these routes. So many people in Dhaka city use their bus transport service. Local buses of BRTC has covered up all these areas and competing with other private local bus services.

BRTC is a popular government bus transport service in our country. It is one of the biggest. I’ve tried to provide some primary information about BRTC and hope this article will help you out to find the information you were looking for. If you want to know more about them, you can visit their official website. They are also active on some social media and regularly updating some information.